IT sourcing: all about cognitive biases 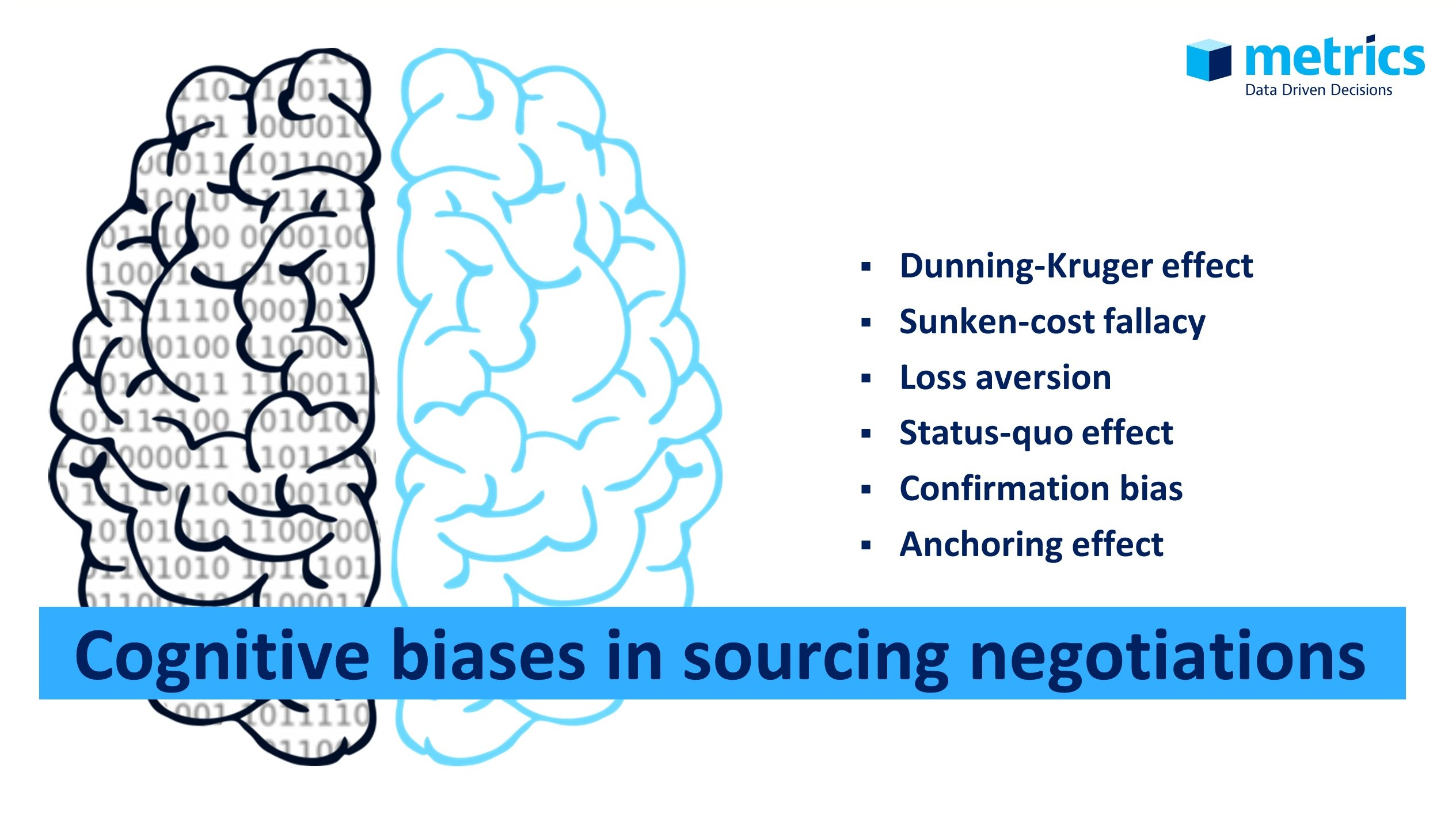 Contract negotiations between IT buyers and service providers are often determined by cognitive biases. Those who do not prepare themselves will have to pay the price in the long run.

People do not think like Spock or Sherlock Holmes when they make decisions: always logically, thoughtfully and with reflection. People rarely make decisions purely according to objective criteria, because they are subject to certain "cognitive biases". These influences occur in situations which call for quick, intuitive decisions - such as purchasing situations or contract negotiations. The human brain cannot conscientiously examine all available information, which is why it falls back on rules of thumb - supposed to be best practices … and the brain likes to save energy.

It's no wonder that companies are trying to take advantage of this efficiency: they put together special offers where people sometimes miss the mark. This has serious consequences, especially for complex decisions with long-term effects. Since IT service providers usually employ professional deal-makers, it is difficult for inexperienced negotiators to build up a strong counter-position. This is explicitly not about the negotiation skills of the buyers per se, but about details of the content of an IT agreement such as volumes, complexities, service levels and penalties. Those who know the consequences of their subjective perception can conduct difficult negotiations more successfully and achieve better results.

The most prominent cognitive biases with potential implications for IT sourcing are:

Sunk-Cost Fallacy: Because vast sums (man-days or money) have already been invested in the joint partnership, the client tends to extend his provider's contract. After all, it already cost enough. In addition, human nature relies on stability and thus on the status quo. Short-term effects count more than possible long-term successes.

Availability heuristic: Here, available information weighs more than real data. If the media frequently reports on ransomware, for example, other attack vectors such as inside threats are dropped from awareness. Especially in non-transparent markets, the availability of precise data is therefore crucial in contract negotiations.

Confirmation bias: People prefer to select information which fits their own ideas and confirms their own assumptions. In order to support one's own point of view, contrary opinions are reinterpreted so they fit into one's own perception.

Dunning-Kruger effect: This bias states that ignorance often promotes self-confidence and overestimation. In turn, competent people are more easily underestimated. This undermines the ability to set up a good negotiation strategy and influence the conversation in one's own interests.

Endowment effect: People value products they already "own": for example, a test drive in a fully equipped car, a pretty click dummy, or free trial months. However, internal IT organisations can also exploit this bias to outperform external competitors.

Loss aversion: Like the status quo effect, this cognitive bias stands in the way of change because the desire to avoid losses is greater than the attraction of possible gains. It thus influences people's risk behaviour - the unloved IT provider is kept on for a few more years because people fear another IT service provider might perform even worse.

What you see is all there is: With the attention illusion, we limit our own scope for decision-making and negotiation. It means previously unknown options are usually not taken into account in a decision. Companies can prevent this, for example, by identifying and fully describing various IT sourcing scenarios using a morphological box and reaching a consensus on the best variant.

Framing effect: Many people can be unconsciously influenced by the anchor heuristic: Explicitly naming a figure can set a mental anchor which the other party subconsciously uses as a guideline. Setting the value correctly drives the price in the desired direction. Example: In addition to a server for 1,000 euros and a server for 1,500 euros, a new model is offered for 3,000 euros per month. Now, significantly more customers opt for the medium variant and thus increase turnover - analogous to gold, silver and bronze as service levels.

The IKEA effect: Those who put time and energy into a service themselves subconsciously feel a greater value. This applies especially to IT organisations which work with service providers for a long time and have a significant share in the design of services.

Survivorship Bias: Problem analyses based on false fundamentals are misleading - but people are more interested in successful cases than in problems. For example, dissatisfied customers per se are less likely to vote in customer satisfaction surveys than satisfied users. This distorts the actual sentiment: "Everything is fine."

Biases are normal, but they make for worse outcomes in IT sourcing negotiations. After all, they hamper the ability to evaluate and correct one's positions in the course of negotiations, even if this would lead to better results. To switch off the cognitive autopilot, companies must critically question their assessments and expectations in advance. This enables them to recognize in which direction the negotiating partner wants to manoeuvre them. It helps to have a valid information base about current IT market prices, but also knowledge about standard market characteristics of IT services - figures from previous years or golf course KPIs, on the other hand, have a negative effect on the outcome.

Dr Jakob Rehäuser has been working as an IT management consultant in renowned organisations for more than 25 years. His main areas of expertise are IT sourcing, vendor and contract management as well as IT governance.