2023 day rates for IT consultants to rise 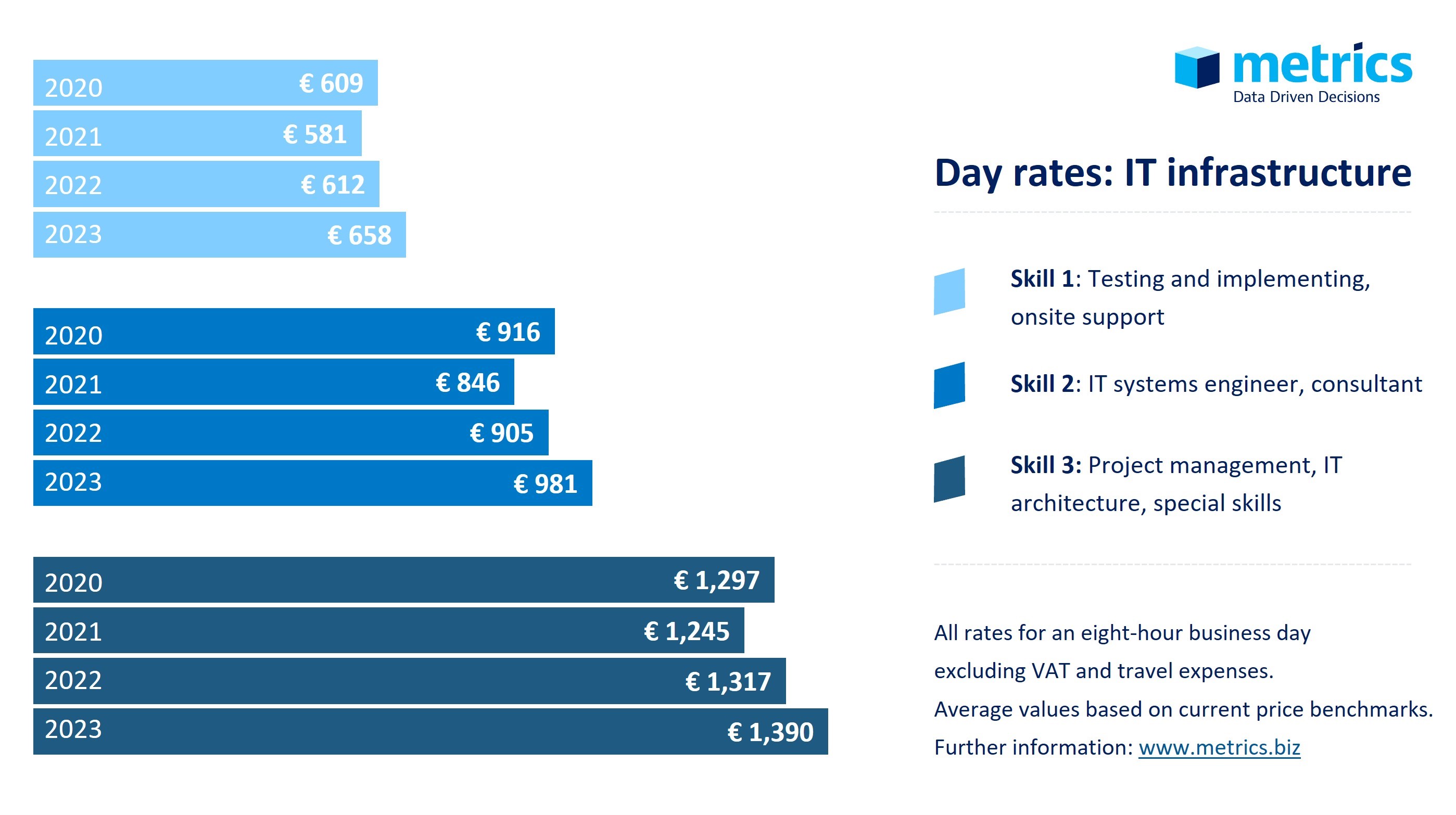 The demand for IT consultants is high, the supply is limited. As a result, prices for consultants in infrastructure and application development are rising rapidly. The retreat of the pandemic is not easing the market either.

The Covid-19 dip in daily rates for IT consultants was not sustainable. In the meantime, prices for IT consultants are aiming for new record highs. In our survey on the IT Agenda 2023, participants already expected this trend: on average, they assumed an increase in day rates of 6.11 per cent for 2023. This was the highest value in the survey, but the expected growth in fees for IT freelancers and in salaries for internal IT staff ranked only slightly behind.

Higher day rates have already begun to emerge during 2022 in the market data we regularly collect by analysing existing sourcing contracts. In late summer, we analysed the daily rates for software developers in Europe. Here, the increase was between three and six per cent, with the lowest skill level showing the highest growth. The trend is primarily due to the continuing high demand for IT solutions and the requirements of ongoing projects.

Daily rates for IT infrastructure consultants

In 2023, price increases will come as a result of inflation. This can be seen in the IT infrastructure sector, among others (see top chart). Here, the increase compared to the previous year is five to eight percent, with the highest rise in the intermediate skill level. In both calculations - IT infrastructure and application development - our evaluation focuses on daily rates for consultants from outsourcing service providers. Fees for IT freelancers are analysed in a separate cluster.

How can day rates for external IT consultants be reduced?

The demand for external support will not diminish. Coupled with rising daily rates, this regularly leads to higher expenses in IT. But there are many ways to optimise the price-performance ratio of IT consultants. In our blog, we describe a total of six approaches to reducing consultant day rates:

To the Metrics Blog

Dominic has helped clients solve their technology challenges for over 30 years. He has held commercially focused IT Roles with some of the world’s top technology companies, responsible for understanding and proposing solutions for global clients’ business and technology management projects.