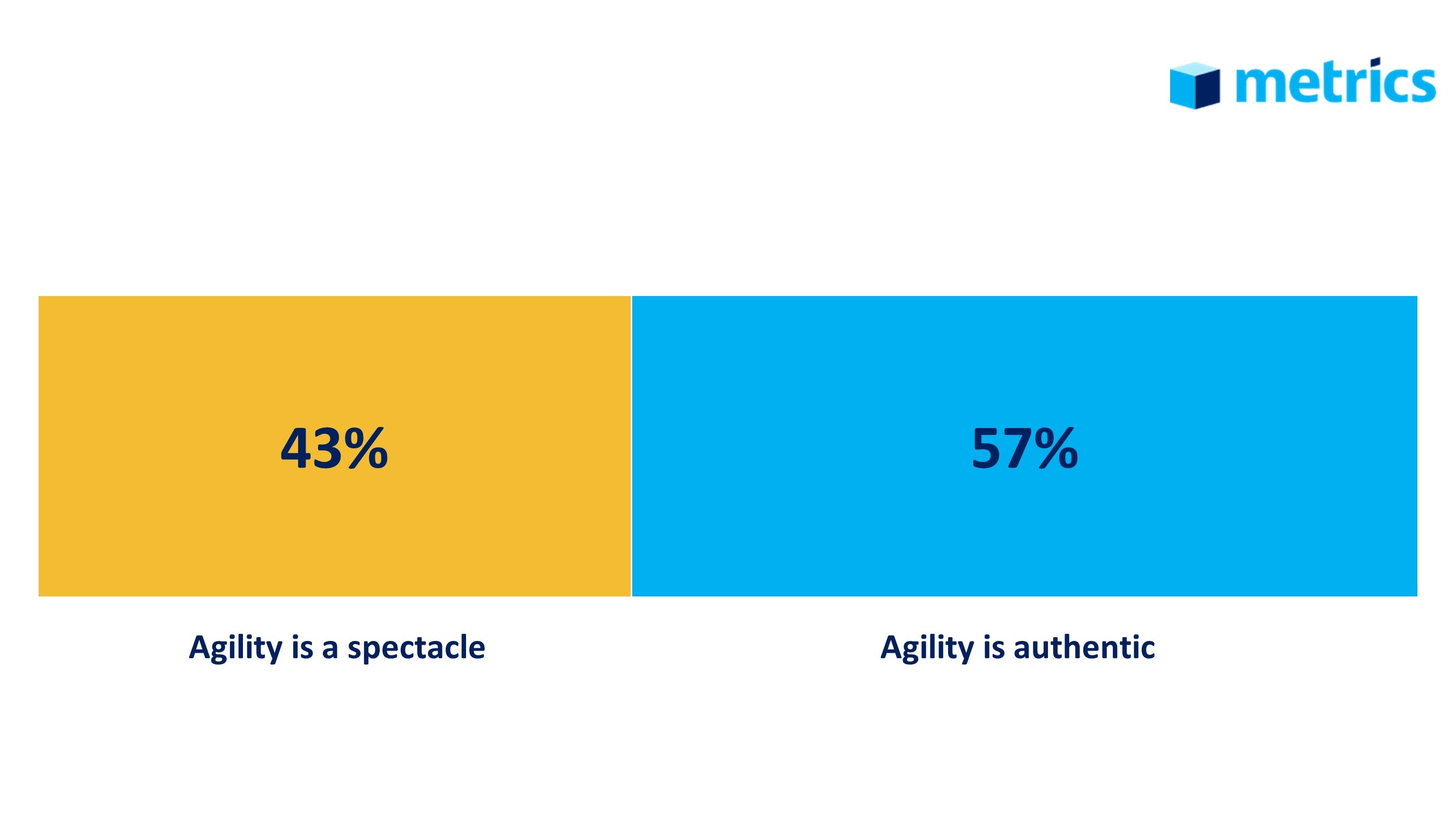 More than 20 years after the Agile Manifesto, it is hard to imagine business without agility. Or is it just hype without substance? We took a look behind the scenes with a short survey.

In our consulting practice, we see more and more that agility serves as a mere scenery for traditional ways of working. Reason enough to take stock of the situation and compare visions with reality. In a short survey by Metrics during summer 2021, 43 percent of respondents confirmed that agility is merely an act in their organisation. There was a gap between knowledge and action in areas such as budget control for product owners, cooperation between development and operations or the decision-making powers of agile teams. Knowledge and action in harmony was found, among other things, in new personnel recruitment or the cooperation between business owners and product managers.

On the road to agile

Nevertheless, the economy is on the way to agile methods and mindsets. Thus, the main issue today is to find and follow a meaningful path across different manifestations in order to gradually transform the organisation into agility. The survey shows that progress is being made and changes are being sought in some places. In old silos, decision-making and budgets, on the other hand, there is still a lot of potential. Ultimately, it boils down to a hybrid approach where agility and stability complement each other as needed.

And finally: Pretending to be agile does not have to have negative connotations per se. Initial acting can prepare the ground for real agility. Through agile action and open-mindedness, agility becomes part of a person, his mindset and routines, and thus of the organisation.

Get the survey for free

You can request a free evaluation of the Agile short survey from Jeremy Smith on LinkedIn or by email.

IT journalist and author Alexander Freimark handles the public presentation of metrics, writes case studies with customers, researches enterprise IT information, and maintains the web channel as well as social media.